Firstly, there are some people will ask one question: which is the best heavy compared with iron of 50KG & Cotton of 50KG

For such kind of questions, all the people will answer: the are the same heavy, actually, the people could take 50kg iron, but can not take 50kg cotton due to the big size of cotton.

Because we have only two hands, Even if the wight of an object is not large. It’s hard to carry to much. Sometimes we go out and have to carry bags with our hands. It’s not easy to put things in the trunk, so there are so many people wants to install a power tailgate lifter with electric suction. But in the traditional impression. Cars with this equipment are often sold at the botton of the price. In fact, this equipment is now universal, the SUV Cars has already installed with the tailgate lifter which costs 150 thoused in domestic marketing.

Wey series is the high-end products of the Great Wall automobile.From VV5, we can feel its luxurious design. Steering light with dynamic light effect and suspension central control panel. It all gives a good sense of science and technogloy. The proper chrome plating also increased the texture of the car, in terms of configuration, VV5 not only provides leather seats and adequate safety configuration.At the same time, the inductive back-up is also the whole line.

As the first vehicle in China to use electrically controlled turbine technology.VV5 does not have the delay of the traditional turbocar, Dynamic response of the whole process is dircetly. And this 2.0T engine can output 200N. M torque at 1000 turns,Double clutch gearbox adjustment is also better than double clutch gearbox adjustment.VV5 is also very rich in configuration,Streaming media rearview mirror and a more comprehensive active safety system,It also makes it very competitive in the same class vehicle.

The southeastern DX7 is also a very designed SUV,Change money to the market not long ago,It is designed by the hand of bingmethod,It refreshed everyone's understanding of the southeast car,Win a lot of people in appearance,The DX7 of the present money has a rich configuration,For example, the new LED headlights,Induction electric tail gate, And the ADAS driving auxiliary system, etc,We can see the electric tailgate on 129 thousand and 900 of the manual noble type,The top matching car is equipped with an inductive back-up.

Q7 uses a very hard design language ,We can judge from the appearance.It looks like a luxury SUV in the air.The design of suspended roof and through tail lamp will bring a lot of return to it,The technical sense of the internal medicine department is full,A 10 inch screen is embedded in the center,The dialing button is very design - sensitive,Changhe Q7 is very rich in configuration,It is a rare vehicle equipped with xenon headlights,There are also front seats for heating and ventilation,Manual luxury can be equipped with electric induction tailgate configuration

The Most Important Electric Power tailgate lifter main function as below:

Some models have some special conditions, please contact us for more details 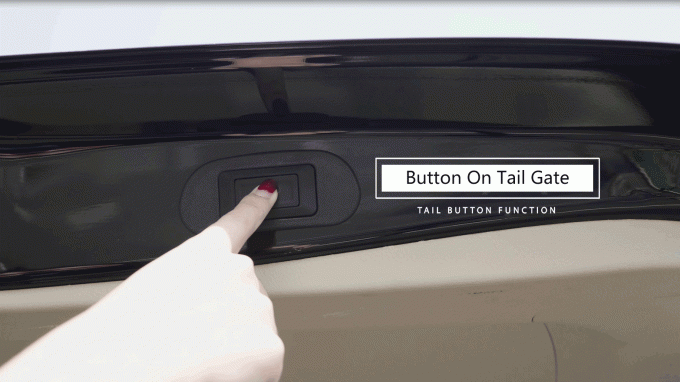 Function: Anti-Pinch, Remote Control, Nondestrutive Installation and so on

Function: Anti-Pinch, Remote Control, Nondestructive Installation and so on