Why can the electric car door soft close achieve anti-pinch?

However, the traditional electric car door soft close also has an important safety hazard, which is easy to get caught. In recent years, the news of electric door pickers has been frequent. Let's look at an example:

On February 26 last year, Ms. Schweineberg, who lives in North Rhine-Westphalia, gave way to a car next to her. She stood next to the door of her car (BMW 520d) and placed her hand on the door handle. Because of the narrowness, she closed the door with only one seam left, and the thumb was inadvertently placed in the door seam, and the electric suction device was activated because the door was close to the closed state. The huge force directly pinched the thumb, and the pinched part was completely deformed and could not be sewn to continue use. Ms. Schweineberg said that until today she could still experience phantom limb pain (the pain illusion of the limbs that had been cut off) and often felt the illusion of thumb numbness.

How big is the suction of ordinary electric car door soft close?

Why is the grip of the electric car door soft close so powerful? At this time, it is necessary to dissect the structural principle. The electric car door soft close controls the closing of the door through the continuity of the power supply. The door frame (or the edge of the door panel) is equipped with an electromagnetic coil. When the door is opened, a current flows through the coil. Thus, an electromagnetic field is formed, and due to the magnetic force, when the door is closed to be close to the door frame, the door is automatically sucked up.

The manufacturer said that when you want to completely close the door, you need to use a lot of power. The door "slam" can be closed for dozens of centimeters. Because the path of the electric door closes is too short, more force is needed to close the door. . The power of the traditional electric car door soft close is about 600 cattle (61 kilograms). If it is caught by the electric car door soft clsoe, it is equivalent to being worn by an adult wearing a pair of iron shoes and standing on the finger.

If an adult is caught, the finger is likely to be pinched off. If it is a child, the consequences are even more unimaginable. The doctor said that not only the injury, but also the pain of the finger being caught by this force is unimaginable to most people. It is a terrible moment for the person being clipped.

How does the automatic suction system achieve anti-pinch?

The anti-pinch electric car door soft close adopts a Hall sensor, which can detect the rotation speed of the matched motor and project it onto the electric car door soft close, and has the function of highly custom adjustment; it can also accurately detect the current in the electronic circuit. When the current in the loop exceeds the threshold (that is, when there is foreign matter, interference, etc.), an instruction is issued to stop/reverse the motor.

After scientific research, the power of the automatic suction system of the car is about 150-200 cattle (15-20 kg), and the adult fingers will have slight pain; After the automatic suction system is installed, the lock will only start to close when the door is closed 6 mm from the full lock position (ie, the semi-lock position). This distance is generally less than the thickness of the finger of an adult man (except for small women and children), that is, at this time, the finger does not easily reach into the door seam, and if the hand has been reached before, the door can not reach half. Lock position.

The automatic suction system, when the door reaches the semi-lock position, is different from other products of the same kind in the market, and the door is tightly contracted and pulled slowly. This response time is enough for the finger to sense that it is pinched and not clamped and quickly pulled away, to a certain extent. Prevents the pinch condition from appearing.

The “Future Lab” has been testing volunteers of different ages for the development of the sandwich function. It was found that the adult man's hand of 20-50 years old had a slight painful feeling, and the pain of the adult lady's hand at this stage increased slightly. Adolescents over the age of 15 are similar to women with mild pain.

At the beginning of the R&D design, sensors, speed control, braking, emergency disposal and other factors have truly achieved the anti-pinch design, and it is also a historical change and breakthrough in the history of auto-automatic suction system.

The advantages of the car door soft close 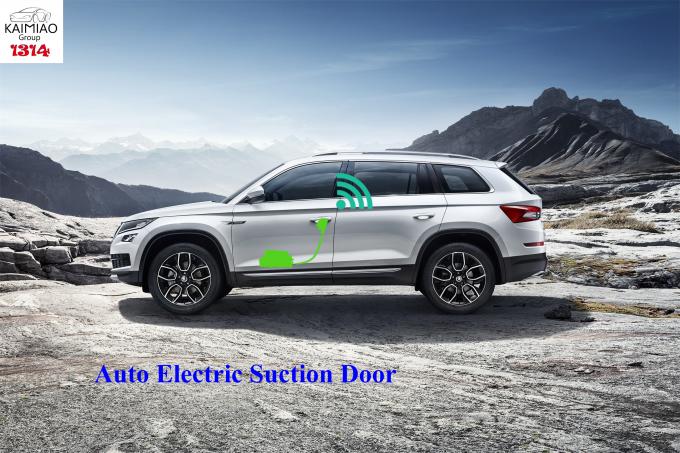