The electric car door soft close is a comfortable and safe configuration commonly found in luxury cars. When the door is not closed, the door will automatically pull in until it is completely closed.

By the way, some cars are equipped with so-called electric car door soft close. In fact, they are purely driven by electric motors. They are not magnetically attracted. They are more common in some commercial vehicles with side-opening doors.

Having said that, in the end, which cars use electric car door soft close? There are two main types of inventory based on the model. The first category is luxury cars, such as Mercedes-Benz S, BMW7 series, Audi A8, Audi Q7 top, Maybach, Lexus LS series, Bentley all models are optional, Land Rover Range Rover 4 generation, and the other is domestic models, such as Zotye Z700 Model. In general, the electric car door soft close is mainly installed on a luxury car.

The first is that the door can be closed automatically, which means that the owner does not need to repeatedly open and close the door to confirm that the door is closed.

Third, the violent closure is too distressing, and the electric car door soft clsoe can reduce this situation. I believe that the owners will feel heartache when they see others getting out of the car. This is my car, my heart is so violent. The electric car door soft close is different, and it is automatically sucked up every time as long as it is gently put on, without having to vigorously pick it up. It saves both strength and protects the car and wins!

A car owner, she closed the door with only one seam left, and the thumb was inadvertently placed in the door seam, and the electric suction device was activated because the door was close to the closed state. The huge force directly pinched the thumb, and the pinched part was completely deformed and could not be stitched.

Does the electric car door soft close have the function of anti-pinch?

Electric car door soft close rarely have their own anti-trap function. This is the result of a combination of risk and cost considerations. The lock only begins to close when the door is closed 6 mm from the full lock position (ie, the semi-lock position). At this time, the fingers are not easy to reach into the door. And if the hand has been put in before this, the door can not reach the semi-lock position. It is also possible to prevent the clamping, such as installing a clip at a specific location, but it will increase the cost. Cars are very cost sensitive, even for very high-end luxury cars.

In general, the hidden danger of the electric car door soft clsoe grip is still present, but the probability of occurrence is low. Usually, as long as you pay attention to it, there is no big problem. Special reminder is that the children's fingers are slender and more easily caught by the door. The owners of the children should pay attention to it, beware of being caught. If you don't feel relieved, don't install an electric car door soft close.

The electric car door soft close has many conveniences and can provide a more comfortable driving experience for the owner. Although there are also many shortcomings, it cannot hide the superiority of the electric soft close car doors. Elegantly close the door, do not have to repeatedly confirm whether the door is closed, safe driving, is not the value embodied in the luxury car. 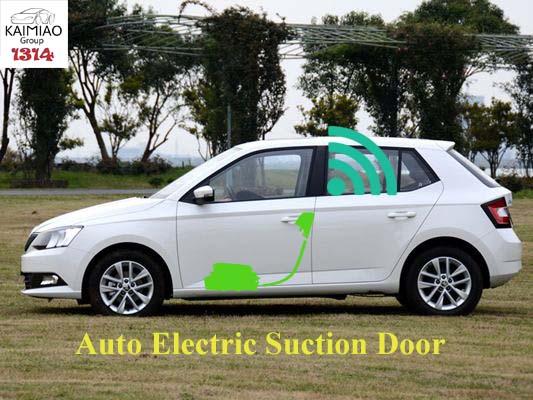